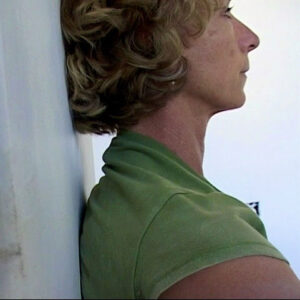 Tonnie Sammartano has taught for the Department of Theatre and Dance at the University of California, San Diego for over 20 years. She strives to instruct in ways that are both informative and challenging and to create an environment that allows students to take risks and investigate movement capacities through embodied, experiential learning. In addition to teaching at UCSD, Tonnie serves as Associate Artistic Director at transcenDANCE Youth Arts Project. It has been a pleasure to work alongside so many courageous youth and incredible artists over the last 10 years. The process at transcenDANCE is a shared experience, a co-ownership, where many artists around the community are working side-by-side with youth: researching, exchanging ideas, problem solving and putting pieces together, all contributing to the outcome of a final work. Tonnie’s experience at transcenDANCE has made a tremendous impact on her.

Through the years, Tonnie’s work here in San Diego has created a reputation through performance, on-going activities and collaborations. In 1995, Tonnie commissioned three local choreographers to set work on her for an evening of solos, “Three Choreographers, One Dancer”. In 1997 she commissioned five choreographers who set solos on her for a showcase titled “5×1” (5 choreographers, one dancer) and then again in 1999. She repeated the showcase with a new set of choreographers. In 2001, she expanded the collaborative project to include three additional dancers, five choreographers, a composer and two movement manipulators, whose sole job was to tear up, rearrange and then piece back together an evening long work entitled “Under the Tongue”. In 2007 the structure was repeated in an evening titled Eleven Heads Project – “Uprooted”. In 2012, Tonnie collaborated with filmmaker, Mark Sissone and music composer, Kristopher Apple, in an evening of film and dance titled “/hom/”. Under this collaborative format Tonnie performed works by Joe Goode, Kim Epifano, Nina Martin, Mary Reich, Stephanie Gilliland, Christopher Pilafian, Patricia Sandback, Nancy McCaleb, Jean Isaacs, Yolande Snaith and several others. Tonnie received the 1998 and 1999 San Diego Area Dance Alliance Tommy Award for excellence in individual performance and the 1999 SDADA Tommy Award for recognition for the “5×1” Project. Throughout the years, Tonnie’s inclination towards collaborative processes and nontraditional creative structures continue to influence the way she works today. She thoroughly enjoys performing and teaching dance and she transmits that joy to her students.