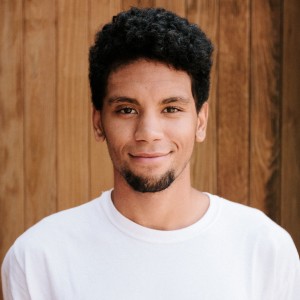 Zack King began his career as a performance artist with an emphasis on dancing and acting. He strives to cultivate empathy and curiosity by making work that is personal and socially relevant. In 2008, at the age of seventeen, Zack began to teach himself hop-hop dance. The following year he was selected to direct the high school dance team and quickly gained the acknowledgement of his peers for his leadership abilities. After graduating high school Zack attended San Diego City College where he met grace jun. After his first year in college he considered pursuing dance as a professional career. Less than a year later Zack was introduced to transcenDANCE. Born out of the desire to create original video content that inspires, educates, provokes, and tantalizes, Zack began to experiment with video in 2015. Since then, he has filmed live performances, dance films, a web series, short films, and worked with organizations around San Diego to create original video content. Zack considers himself a professional student and is always working to hone his skills as an artist. He believes each project is an opportunity to create something new and beautiful while learning more about himself. Zach obtained a BFA in dance and film from San Diego State University.